Slow Food Anglia and Slow Food Norwich held their annual general meeting at the well known Louis' Deli in Upper St Giles Norwich on Friday February 17th. Louis's Deli in the centre of Norwich is owned by Graham a long time member and active supporter of Slow Food in East Anglia, and all current members were contacted in January with an update of the date and time of the AGM.
The AGM in Norwich each February is a requirement set by Slow Food International for local groups as part of its commitment to local communities and members. It is for groups to always aspire to have the highest standards in regard to the way that the local group is organised and run by Slow Food members in order to be able to cooperate fully and work within the areas, towns and cities where they are based.
Slow Food is an organisation run by volunteers and each groups constitution specifies they have full range of officers and the annual AGM is an essential part of the efficient running of the group as well as a chance to discuss plans for future events and activities. 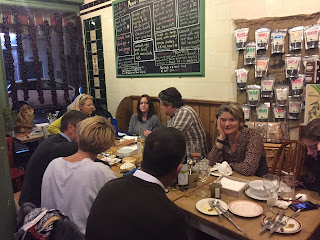 The AGM  discussed our plans for the Holkham Hall Slow Food festival in north west Norfolk on April 8th 2017, the Norwich city Council Eco Awards, plans for another Slow Food festival in Norwich this summer and also the part the Slow Food Anglia group will play together with other Slow Food groups from mainland Italy, Sicily and Malta at the Slow Food Mediterranean festival on Malta this July.
In 2017 Slow Food Norwich are planning another small food festival in Norwich, and working together with Slow Food Anglia members we will start work on obtaining a second Presidia for an East Anglian food or drink, with two already shortlisted for the project.
On the night of the AGM we had the committee and several active Slow Food members take part and during the meeting there were food and drinks for the Slow food members present and also a presentation of a Slow Food Presidia olive oil from Italy and others from Sicily. The AGM started at 6pm and we finished at 8,30 and we would like to thank Graham yet again for his hospitality and continued support. 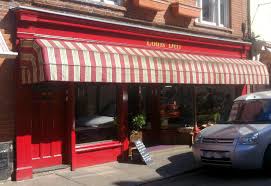