Slow Food Anglia is looking forward to collaborating on several projects in 2016 with Claudio Bincoletto is a respected professional forager, accomplished chef, ethno botanist and an expert on wild foods available in the UK.
Claudio began his lifelong interest in wild edible plants and botany as a child being brought up on a farm in the Veneto region of northern Italy. He first trained as a chef and then during his national service in the Italian army he was selected to train as a forager in order to be able to feed troops when they were on exercises where there was no easy access to normal readily available food supplies.
In 1997 Claudio moved to London where he worked as a chef and gardener, learning about wild foods, ethno botany and herbal traditions so becoming an expert in the process. 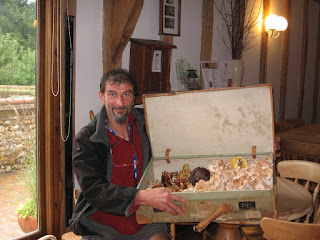 While studying for a degree in horticulture he has promoted the values of biodiversity and responsible foraging, this is where it does not threaten or endanger natural habitats and biodiversity.
Claudio runs walks, talks and workshops where he teaches people how to identify and use wild plants, usually combining his walks with tasting classes and cookery demonstrations, as he feels it important to show people the practical process of translating foraged plants into edible food.
Claudio works closely with the RHS in England and holds his workshops, walks and cookery demonstrations in many locations in the south and east of England, these include the Slow Food accredited Petersham Nursery in Richmond, Surrey, the Southrop Manor Estate in Gloustershire and other venues both in London and East Anglia.
As part of his active work and involvement with Slow Food in England Claudio is also an active member of the Slow Food England Advisory Board which plays an important part in the work that Slow Food carries out throughout the year. 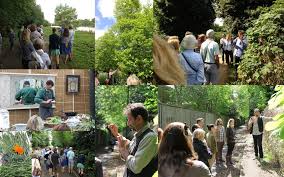 Slow Food Anglia will be working with Claudio on a wide variety of educational projects for both schools and also members of Slow Food in England and we will are currently planning our courses, visits and workshops for 2016.
We have been approached by several local authourites in East Anglia and we hope we will be able to work closely with them on events and workshops which will include input from these interested councils.
Slow Food Anglia members and Claudio will also both be taking part in events, workshops and festivals in East Anglia throughout the year these will include festivals in Norwich and Kings Lynn and also the Colchester food festival in June, also we will be hosting the annual Slow Food Anglia East of England festival in Colchester in September.
We also hope to have a new Slow Food group established in Cambridge by the early summer 2016 which will give us the ability to organise a dedicated Slow Food festival in that city in the latter part of 2016.
Labels: Botanist Claudio Bincoletto East Anglia East of England Forager Norfolk RHS Slow Food Ancona and Conero Slow Food Anglia Slow Food Norwich
Location: Essex, UK