Slow Food Anglia are interested in supporting and promoting local projects in East Anglia and we are very pleased to be involved with a Slow Cargo project and Thames Barge restoration project in north west Norfolk.
Ash Faire - Ring a 17 year old school boy currently studying for his A levels is restoring "Growler" a Thames barge which he originally found in Suffolk and had transported to Burnham Overy in north west Norfolk near to where he lives.
The Slow Cargo movement is growing rapidly and cargoes are now moved between countries by using only sail and the power of the wind, sailing ships involved currently carry cargo across the Atlantic, between northern European countries and in the Mediterranean.
This is a sustainable way of  transporting food and other goods and very much fits in with the ethos behind Slow Food so we were happy to help in promoting the restoration work on the barge by organising an event for Ash.
Once Growler has been restored Ash plans to move small amounts of cargo around the Norfolk coast, to ports such as Kings Lynn and Great Yarmouth, he also hopes to be able to move cargo from Norfolk to London and possibly across the north sea to Holland in years to come. 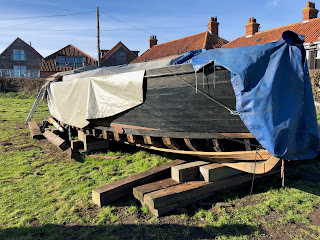 Ash has already crowdfunded the movement of the barge from Suffolk to north west Norfolk as well as raising funds and materials for the restoration over the past few months and Slow Food Anglia together with Ash are now holding a joint fundraising event in north Norfolk from 1pm to 10pm on Sunday 21st July.
The joint fundraising event will be held in the field where the barge is now located and where it is being restored. There will also be an exhibition in the local boathouse in Burnham Overy Staithe which is adjacent to the field and both the field and boathouse are located right next to the beautiful salt marshes on the north Norfolk coast.
Everyone involved with this event are very pleased to be able to offer help and assistance to Ash and all look forward to the day when Growler is under sail again and moving cargo around the coast of East Anglia and beyond. 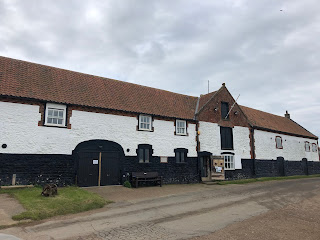 The small exhibition in the Burnham Overy Staithe boathouse will include details of the restoration and Ash will be giving talks during the event on his project and how others can become involved with possible sponsorship opportunities. Dermott from Slow Food Anglia will also be giving a talk on the Slow Food organisation, its aims and ethos and it is hoped that Slow Food Anglia will also have a stand in the field.
There will also be a small selection of local based businesses at the event and together with some of the sponsors who are already supporting this exciting restoration project.
We are very pleased to have the west Norfolk based BestatBars providing the bar service offering a full range of alcoholic and non alcoholic drinks, also tea and coffees for the event
The well known Norfolk street food and catering company Bitethebullitt with Mark Matless our Slow Food chef alliance coordinator will be providing the food and local villagers will be closely involved in the event.
We already have a great deal of interest in this exciting event so expect many interested members of the public will come along on the day to see the exhibition that will be set up in the boathouse, to learn more about the sail cargo movement and hear the talks the from both Ash and from Dermott. 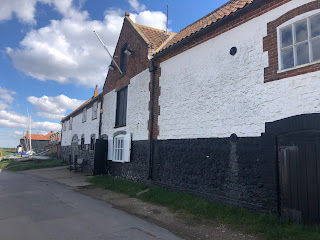